FRS interview with Max Cottica on the data market in Ireland

I recently met with Max Cottica – Former CTO of StayCity Aparthotels, Former Head of Data in AIB & Former Global Data Warehouse Manager in HP to discuss the current Data market in Ireland and the changes that had happened over the past year. 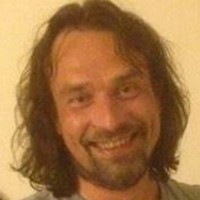 I worked in IT, data and analytics for almost 40 years. I started with looking after one computer and one printer for an import & export company in Genoa, where I am from, back in the early 80s and I spent 10 years in making that company very computer and network savvy until I decided to move to Ireland in the mid-90s. There I joined the contractor business and moved through different projects for around 5 years, then I joined the Irish Government and spent there another 6 years looking after their Microsoft SQL farm and is then that I started managing people. I continued managing FTE resources till these very days, first in the data warehousing space, then into data modelling, then data science in recent years. My last job was CIO in a hotel company. I think that my career progression has been steady and luckily varied so my skills have a broad reach in topics and areas. If I have to mention my top 3 skills, I would say people management and leadership, data management and advanced analytics. Outside of the working realm I am a published comic book writer, I play in a heavy metal band and I am about to release an album with them, and I like spending time with my wife and cats.

It’s an interesting time after I would say 5 years of non-sense in the data space. Now more than ever companies understand that competitive edge is something that can be gained gradually, sorting your data and data management first without making the mistake that many made to jump straight into algorithms, AI and ML. The number of data management jobs equals the thirst for data scientists and that is a positive sign although still only 24% of companies are able to actually make an impact to the business using data science methodologies. But I believe we are back on the right track with more attention to inputs then outputs. I appreciate that the mirage of a data lake used straight away for business improvements sort of fooled a lot of companies, but thanks to people who have been in the data warehousing and modelling revolution of the 90s plans and strategies have back pedalled a little and focus on the real reason for a data centric success which is funnily enough the data itself. And the market is reflecting that very well right now.

The hot language right now in the data space is Python. It has been around for a while, but I see it coming up more and more in courses, academical requirements and de facto implementations in businesses. I worked with data for a long time and I am very partial, so much so that I would replay my career the same it panned out, over and over. Data is fascinating. From its capture to its enrichment, the processes, technology and strategy involved in manage it properly have always kept me interested in the subject so much so that I can now call myself an expert in the matter. In terms of industry I don’t think it matters. Everybody is doing it in a form or shape. Maybe I would go for less obvious sectors because I believe there are areas where data can be a huge differentiator. I put it this way, if you want to look after yourself maybe choose banking or finance. If you want to help the world maybe choose charities or humanitarian firms, because I do believe an injection of data in those areas would be important and effectively in turn save more people or help more people.

I start from the obvious, Google, Amazon, Space X and Microsoft. Beside Space X they all have offices in Ireland, and I am sure they are all very appetible to fresh graduates. I believe they are driving the changes we see in what we do on a daily basis and I also believe we have just scratched the surface when it comes to managing and outputting from data. A dark horse in the Irish market is a company called Cognizant, maybe not as prominent compared to EY, PWC and the rest, but I heard of companies really finding their help beneficial when it comes to push revenue or simply reworking a process.

I have been lucky enough to have seen how data was used across decades. My boss back in the 80s wanted to know what happened, like how many sales we made that month. In the 90s roll ups and segmentations started to become very prominent in terms of data and reports. In the 00s aggregations and forecasting was the topic of the day. In the last decade we entered the realm of prescriptive analytics, what if scenarios and next best actions. Along with these changes I also witnessed the maturity of customer focused analytics where the product became secondary to a user or customer satisfaction, measured like scores, feedback or other means. It has been fascinating to witness this change of fulcrum in a way.

It would be very attractive if it wasn’t for the chronic absence of accommodation in many Irish cities. We reached a saturation point, Dublin has been bad for probably 5 years now, but other cities like Cork, Limerick and even Galway are starting to pay the price.

Looking to add talent to your team? Send me an email on [email protected]

Seeking a new role in IT? Search our array of vacancies HERE

Darragh is the Head of IT for FRS Recruitment and has 7+ years experience in Recruitment & Management. His experience includes leading teams of IT Recruiters to success & being a the leading Biller for 4 years running in his previous employment.