Emerging trends and technologies in the Mid West Region

Whether we look at the monastic city in Mungret, a thriving settlement in the 6th century or come forward to more modern times for the Mechanics Institute of Limerick and the stunning Ardnacrusha initiative, which enabled huge growth in the country through access to electricity, the Mid West of Ireland has been in the forefront of innovation and forward-thinking throughout its recorded history.

Fast forward to today- 2020. A fifth of the way through the new century. And the Mid West, from Galway to north Cork is developing technologies and tools to enable some of the most exciting developments across health, science, automotive, aviation, manufacturing and furthering understanding of our earth and Universe. 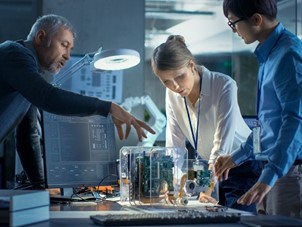 A machine is created by a company in Castletroy to diagnose people who have cancer. Empirical evidence shows that people who are diagnosed with this machine as part of the diagnostic process, have a better outcome than those who are diagnosed using a different process. Research is underway to use this machine in conjunction with another to be able to predict those more likely to develop cancers of these types, even before they occur. Due to work in Limerick, more people will survive cancer than otherwise.

Self-driving taxis and autonomous cars are being tested worldwide right now. Much of the new architecture and technology driving (pun intended!) this, is being developed and tested in the Mid West by world leaders in automotive technologies. In years to come, people’s lives will be saved by cars whose decision making capability was developed and enhanced, in the Mid West.

Buried deep under the ice of the Antarctic, a device known as Ice Cube, the worlds largest neutrino detector is made possible only because of the research and development that has taken place in the Mid-West, into converters and amplifiers for digital optical modules, that are utterly reliable in the most challenging of circumstances – at a constant temp of less than minus 50C, and buried a mile deep in ice, switching components isn’t possible. This research will unlock the secrets of our cosmos.

Reality mimicking fiction – the movie Moneyball was about building a competitive baseball team by analysing data more effectively. The world’s largest sports-focused data company is making leaps and bounds in artificial intelligence analysis for sports teams and competitions and chose the Midwest in which to establish itself. 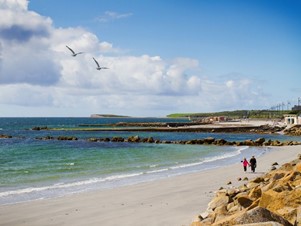 This is an incredibly exciting time to Go West. The technologies and buzzwords at the bleeding edge of development – machine learning, dev ops, blockchain, artificial intelligence, virtualisation, cybersecurity, cloud, etc, are all actively recruiting in the Mid-west right now. Inventions and innovations that are changing the world, are being developed and implemented all around us – everything from custom cups being digital printed, to devices enabling you to control multiple video streams from one place and time seamlessly, and all with a far better quality of life than that available in Dublin right now!

Traffic, commuting, accommodation – are all far easier, more accessible and less time-consuming in the Mid-West. The average commuting time is 15-30 minutes, with rent being slightly over half what you would expect to pay in the Capital for similar accommodation. The countryside is never far away, but the amenities of the cities are right there too.

In 2020 to paraphrase the Pet Shop Boys – Go West! This is what you gotta do!

Heading along to Career Zoo Limerick on the 1st of February, drop by the FRS Stand and meet our IT and Tech team for free career advice.

Coming from Dublin? Why not get the Tech train with career advice from FRS Recruitment and discounted return fares, let the Tech Train take you to your next career destination along the Wild Atlantic Way. 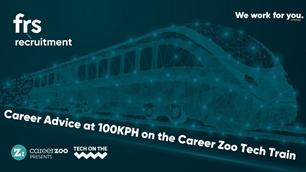 Noelle brings a unique perspective to the world of IT recruitment.  Previously she worked in recruitment with some of the largest international recruitment companies, and then moved her career into the Software development world.  Having worked at the coalface of bespoke and customised enterprise level software companies, she understands the requirements of both candidates and clients.

Noelle specialises in the provision of highly skilled IT contractors to excellent companies, all across Ireland, to help fill gaps in their teams.  She works with clients when they are unable to increase headcount in the short term, if they have a particular requirement or skill set that they cannot find on the permanent recruitment market, or if they only need a person for a specific short term need.  Contractors use us because we go the extra distance for them, and partner with them to enable them to hit their own objectives.