Brexit and the Financial Services Sector in Ireland

Why did FS cross the sea?.. To get to the EEA Passport guarantee!

Three years on from the U.K. voting to leave Europe, we have edged ever closer to the cliff and now the effects of heavy costal erosion seem to have come into play. No, this is not a lesson in geography but a view of Brexit and the effects it will have on Financial Services Institutions in Ireland.

With the new UK government in place lead by Mr. Johnson as Prime Minister, the process of what appears to be a desire for a “No Deal Brexit” has begun with fallout from the EU marked on the calendar for the end of 2020.

British Cabinet minister Michael Gove told the BBC on Tuesday,16th of December – “We are going to make sure we get this deal done in time.... we have seen before how deadlines can concentrate minds.”

Trade agreements have always been tricky and detailed things to get right for both sides. For instance the Canadian and UK deal took 7 years to complete. There will be Magneto & Professor Xavier levels of concentration required to get a deal done in such a short time. 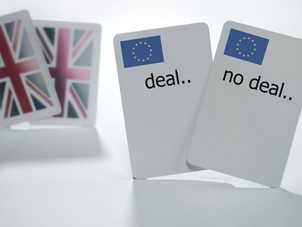 What does the UK being oven ready and falling off a cliff look like for the Financial Services Sector in Ireland?

As outlined by Ciara O’Brien in the Irish Times on the 19th September 2019– “Some 29 financial services (FS) companies have relocated staff or services from London to Dublin as a result of Brexit, according to a new [EY] report. This makes Dublin the most popular relocation site for the sector, with Luxembourg next on 25 and Frankfurt on 24… Bank of America has also invested millions of euro in Brexit preparations, adding 300 new jobs between Dublin and Paris, and JP Morgan has moved “several dozen” staff from London since June 2016, applying for new licences in Dublin and Luxembourg.”

There are several great reports out there including EY; International Finance: A Brexit Progress Report https://go.ey.com/2EtpMaE. Cormac Kelly, Advisory leader for International Financial Institutions and Brexit at EY in Dublin, said: “We’re facing a period of protracted uncertainty, and the challenge for organisations is that they can’t wait for the final negotiated outcome to act. It’s important to make strategic decisions and put in motion appropriate plans with a purpose, using all available information. These decisions should be made on a ‘no regrets’ basis – we don’t have the benefit of hindsight, so instead organisations should make the best decisions they can here and now to be ready for a post-Brexit environment.”

As the largest EU native English speakers– Ireland has benefited greatly from the influx of FS roles and there are strong views that this will offset the negative effects that will be felt by Ireland if a “No Deal” happens. 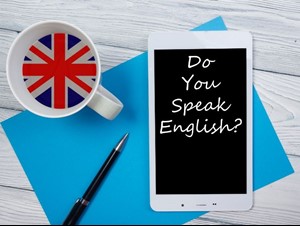 The ESRI Special Article on “Ireland and Brexit: modelling the impact of deal and no-deal scenarios” https://bit.ly/2PSpUWo provides an in depth breakdown on short, medium and long term outlooks and it makes for some scary reading. Over ten years – the Irish economy will be at a loss with a decrease in average wages, employment, exports and more.

There is no doubt that the Financial Services Sector in Ireland has and will benefit if UK based institutions lose their European Economic Area (EEA) passport as a result of the leave method settled on by the UK.

The Financial Services Sector across Europe relies on the EEA passport. Passporting is where financial institutions provide services across the EEA through their local or home licence. Therefore, separate licences are not required for separate jurisdictions as a result of the EU single market directive.

There are several different options that could be on the table for UK based institutions including: Applying for licences in each of the jurisdictions, but this is an arduous and cost prohibiting task. There is the Norwegian option that is often mentioned as a strong runner. This would involve the UK being a member of the EEA but not a member of the EU. 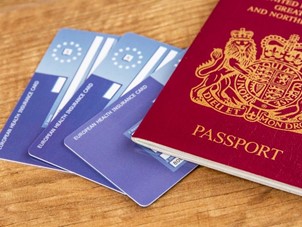 If there is a crash out with no agreement in place at the end of 2020 – this would mean that current UK passporting rights would be lost.

The option that appears to have begun almost three years ago and is still continuing, be it at a slower pace is the Financial Institutions. This includes Asset Management, Insurance and Banking firms, moving some UK operations to other jurisdictions covered within the EEA or increasing their Irish operations from the UK. Dublin has already proven to be a substantial beneficiary of this decision as the leading destination for UK based firm expansion.

Whatever the outcome of Brexit – Deal, No Deal or even Disorderly Deal. The recent influx of roles into the FS sector in Ireland is and will continue to be a benefit to Ireland Inc. It is a bounce moment – lets hope the landing is gentle!

Looking for your next career in the finance sector? Search for roles HERE

Having obtained an honours degree in Sociology from Kingston University in the UK – Bernadette knew her next move. Recruitment – help people get jobs and change people’s lives where you can. She joined the leading recruiter in the UK and found her niche within Accounting and Finance. Bernadette worked hard and received her Certificate in Professional Recruitment Services and never looked back.

Bernadette heads up the Accounting and Finance division with FRS Recruitment and works with a cross section of clients from SME’s to Global Multinationals and household names. With a strong placement record at all levels from Accounts Payable to Head of Funds and Financial Director roles as well as everything in-between. “No two days are the same, no two jobs are the same. You use your skill and knowledge you have developed over the years to find the candidate the job they want and the client the candidate they dreamed of."