How We Helped Paul & His Family Restart In Ireland

The Australian Economy Article in the Sunday Business Post

Tens of thousands Irish people have moved down under over the past decade. The flow peaked in 2012, when 17,400 people moved to Australia from Ireland. But in April 2018, that figure was just 4,500. The recovering Irish economy has undoubtedly contributed to that fall. But so have concerns about the Australian economy. House prices fell by 4.8 percent nationally last year, but cities like Sydney and Melbourne were hit hardest, with drops of 11.1 and 7.7percent respectively. Economists are warning that prices can dip by a further 15 percent over the next year, prompting fears that Australia’s famous run of 27 years without a recession may be coming to an end. So does this spell the end of the Australian dream for the thousands of Irish who call Australia home?

Colin Donnery, the General Manager of FRS Recruitment, said he has seen a “ramp-up in the volume of CVs coming through” from the Irish people based in Australia looking to move home.

We met with nearly 1,000 people during a roadshow it held in November in Sydney, Melbourne and Brisbane, and received over 350 job applications to date. “We are looking at Australia and across the Middle East for construction workers. We are looking for site managers and quantity surveyors, but the real volume demand will be on the trade side” he said.

Colin Says construction jobs in Ireland were up 14 percent year on year in 2018, with the highest demand in civil and commercial work.

“The Construction Industry Federation is talking about the need for 112,000 construction workers over the next three years. We need to get as many Irish back as we can and also start getting more apprentices trained up” he said.

He believes the slowdown in the Australian economy is prompting more Irish people to consider moving home. In the last three months, we’ve definitely seen more of an understanding of how good things are at home. Maybe its because things are starting to slow down in Australia.

One of Australia’s leading relocation companies has seen a large increase in the number of Irish people moving back home.

“Four years ago, we were doing four containers in total back to Ireland every year. Last year, we sent over 400 containers. Its just unbelievable how many people are moving back home,” Said Keiran O’Hara, general manager with Palmers Relocations.

He estimates his company moved 700 Irish families home last year but said the total number could be over 4,000 when you take other relocation firms into account. He believes high property prices are a major factor in the decision to move home for many he has dealt with.

Sponsorship has changed to nearly $10,000 (€6300) for an employer to sponsor an Irish in Australia. In 2017, the Australian government also abolished the popular 457 temporary visa which thousands of Irish people availed of. The 457 was replaced with the 482, a visa which offers a short term stay for two years and a medium- term one for four years. 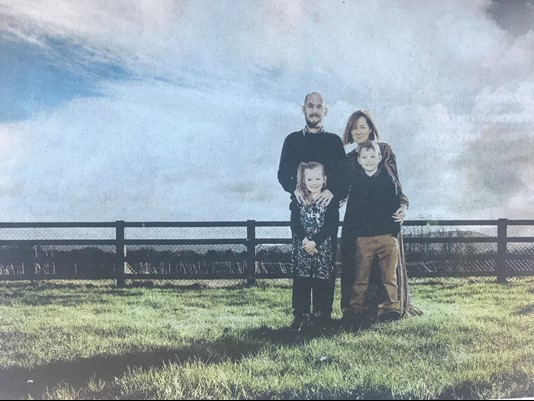 Paul Murphy, 37, from Clonmel Tipperary was one of many Irish people who moved back to Ireland late last year after eight years in Australia. The software Engineer said that moving closer to family was a big factor in making the decision to return to Ireland with his wife Cathy, eight-year-old son Finn and five year old daughter Kate. But he admits that Sydney’s sky-high property prices “definitely played a part in it.”

The family lived in Cronulla, a seaside haven in south Sydney famed for its beaches, laid back ambiance and manageable 50 minute commute by train to the city. But this lifestyle comes with an expensive price tag with an average house costing €1.37 million.

“We wanted to buy property, but Sydney wasn’t achievable for us. We looked further south, but even that wasn’t realistic and we would have been facing really long commutes.” Murphy Said.

The family considered moving to Brisbane, where house prices were more affordable. “But then we thought if we had to start all over again, we might as well go back to Ireland and do it” He said.

With the help of FRS Recruitment, Murphy quickly found a job with Tango Telecom, as data monetisation company based in Limerick. He was the first candidate recruited through the ‘Ireland is Hiring’ roadshow in Australia.

The family moved back to Clonmel so they could be close to family members, and Paul commutes to Limerick each day for work.

He said the first six weeks back in Ireland had been great.

“The main reason for coming back was family. Since we came back, we’ve been surrounded by family and our kids just love having them around” he said. “They’ve settled well into school. As adults, we probably miss the weather more than they do. In Sydney, we watched them a lot. We had organised play dates with other people. Here, we know everybody, so they can play out on the street.”

Thinking of moving home from abroad? We are offering Free flights home from anywhere in the world for candidates we place in 2019. Click here to find out more or check out our job vacancies here.