How 70 Minutes of Home Came About

Over the past few years, as part of our ongoing efforts to source the very best candidates for the companies we work with, we have had an eye on the Irish diaspora scattered all across the world. As demand for skilled candidates grew, we realised that a wider pool of qualified individuals was required and an untapped market existed among the expat community.

Ireland is Hiring was born, an initiative from FRS Recruitment to help build awareness of the many exciting opportunities that existed back home among the Irish community abroad. As a further incentive, we even offered to fly the candidate home if they successfully take up a role. 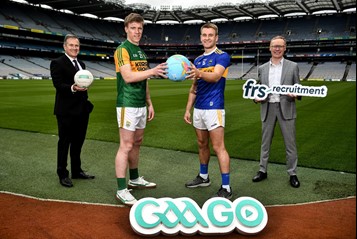 With this worldwide focus now in its third year, we wanted to examine ways of further broadening their reach and expanding awareness of these career opportunities in Ireland on an even bigger scale. But how do you connect with an audience this is scattered all over the world?

“So when we looked at this, it was a huge challenge,” said Colin Donnery, General Manager of FRS Recruitment. “There’s 200 countries around the world nearly that Irish people are in, so how do you connect with them all? It’s not easy.”

Our research on shared experiences among the global Irish community, increasingly led us back to a familiar source – the GAA.

That’s how the decision to sponsor the GAAGO came about. The potential was obvious. “The GAAGO app actually allowed us to tap into an Irish community and the Irish diaspora right across the world in one go,” said Mr. Donnery.  Gaelic games connect with a massive expat audience all over the world, at a time when they are immersed in a sporting experience which is uniquely Irish and which immediately creates the connection back home.

The added beauty of the partnership is that it is mutually beneficial for the GAA too. 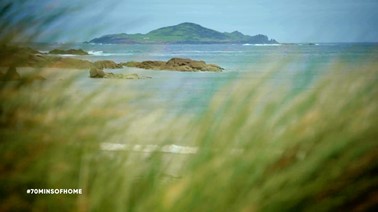 As Diarmaid Murphy, Commercial & Sponsorship Manager for GAA & Croke Park characterises the relationship, “It really fits, on a really serious level and it’s a two-way equity transfer in that sense. And what do I mean by that? I hope we are bringing value to FRS but I truly believe that they can bring value to us as well. Bring people home, back into their communities and playing the games. That’s a two-way equity transfer. People are going to want to come home. So if while watching a game you are introduced to a company that can facilitate that return home, it makes an awful lot of sense to me.”

A special partnership needed a special campaign – one that stood out and went beyond the usual iconography when it comes to promoting Ireland. That’s where the concept for 70 Minutes of Home was born.

Using SlowTV, a technique that shows routine events in real time in order to provide a relaxing viewing experience, the idea behind 70 Minutes of Home is to not just project images of Ireland, but to pull the viewer into fundamentally Irish scenes and experiences.

“It’s really important that we have something that would have the longevity and would hit home literally and hit people’s hearts and heads and just give them a window back into Ireland,” said Mr. Donnery. This was a point echoed by the GAA’s Mr. Murphy who said, “When you see those sights, I can picture myself be it in Sydney or Auckland or the States, the impact will be far, far greater because I’ll have an immediate longing to be back there because it’s a happy place…I really hope there’s a Gogglebox done on this because I’d love to see how people react to it.”

It also aligns with the experience of many Irish living abroad.

Kerry footballer Tommy Walsh knew how much home was calling when he was based in Australia, during his time playing for the Sydney Swans. “I suppose it’s that concept, the grass is always greener…I did miss it, I missed the place where I grew up, I missed the house that I grew up in, my parents, my brothers and sisters and all that… those kind of images were burnt into my head and they kept me going in tougher times over there.”

Of course, the call of home eventually won out in Tommy’s case, much to Kerry GAA’s benefit.

Both FRS Recruitment and the GAA hope 70 Minutes of Home will help burn a similar desire for home among many more members of the Irish expat audience – something that will benefit the Irish economy, employers looking for skilled candidates as well as Irish communities all across the country.