FRS Network officially opened the doors to their new offices in Derryvale, Roscrea, Co. Tipperary on Friday the 17th of November. The day itself was a great success with over 200 people from all of the national farming organisations throughout the country and local business people attending the event in support of the staff at FRS.

The new state of the art modern building has been joined seamlessly to the original offices by a corridor making the entire building one overall unit for its 40 staff members. As part of the project, the original offices were refurbished, a new carpark added and the existing store expanded delivering overall a very impressive office building to the outskirts of Roscrea town.

Chairman of The Agricultural Trust, Matt Dempsey declared the building officially open in the presence of FRS Chairman Francis Fitzgerald. CEO of FRS, Peter Byrne, welcomed and thanked everyone for coming on the day, delivering a brief history of FRS and the building;

“We are very proud of the entire building which we see as an investment in the future of FRS and all its connected companies. Our objective was to have a building we could afford, that would be functional, be future proofed in so far as possible and portray a positive image of the FRS organisation of which we are all very proud. I hope you will agree that we have succeeded.” 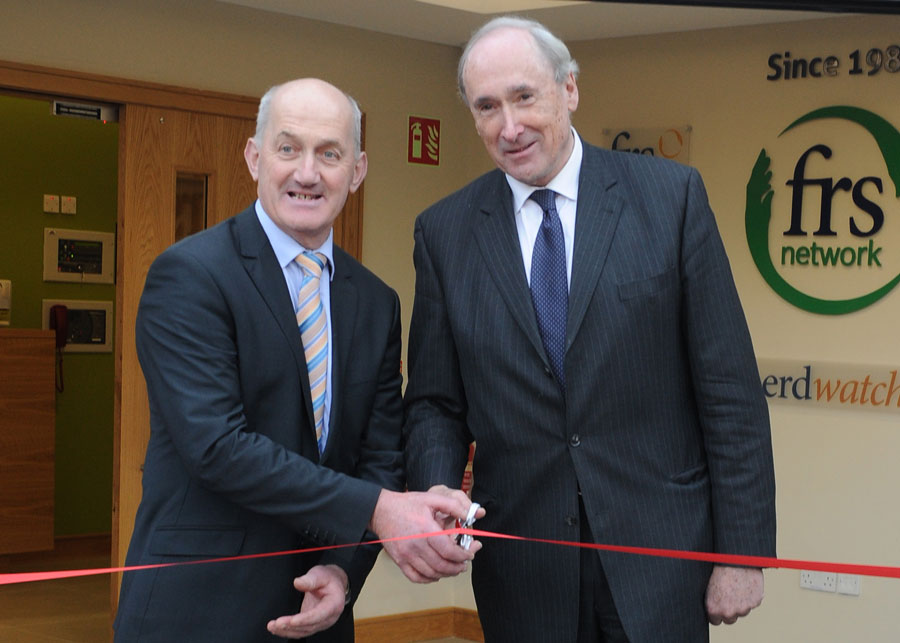